Photo of the Week: Luftansa retro

fevereiro 12, 2018
According to some sources, last saturday the A321 with Lufthansa's new livery (D-AISP) was schedulled to Madeira...unfortunatelly that didn't happened (though, I'm not really a fan of the new livery....)

So, decided it was a great oportunity for sharing finally the pic's of their first flight of the current operation, carried through by A321 D-AIDV with the retro livery and received by the water canons of SLCI (fire department) of Madeira Airport. 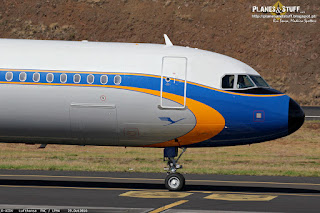 Until now had only published a pic taken by my daughter...check HERE
A321 D-AIDV lpma Lufthansa Premiere retro Week Photo