outubro 14, 2010
The first time I flew an helicopter was during the Portuguese Air Force Celebrations 2010, that took place at Madeira.
In a fantastic oportunity given by the PoAF, we managed to be on board the EH-101 that was providing SAR following to the ferry flight of the Rotores de Portugal, from Madeira to Porto Santo.
This was also the helicopter used by PoAF media to register the trip....the first one made in AL.III between the two islands. 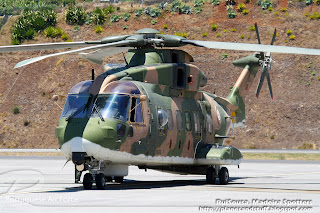 After take-off (and a nice departure, nose down into the runway), we proceeded to an orbiting patern, abeam the airport, while waiting for the departure of the 3 Alouette's of the Rotores de Portugal. 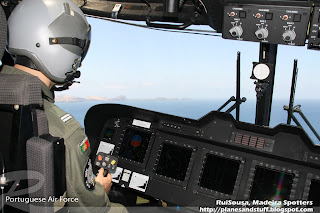 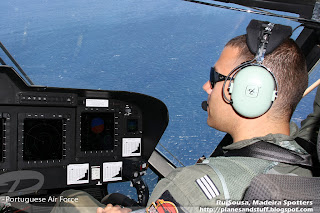 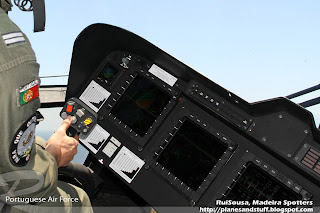 While waiting took the oportunity for some shots of the airport.... 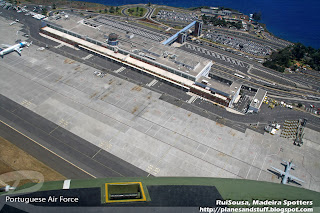 We made the all flight in formation with the 3 Alouette's of the Rotores the Portugal but, during almost all the flight, the main doors were open for the fotages of the Air Force media department and we had to keep seated with belts on... (no parachutes on board....lol) and limited to take some shots through the windows, which didn't gave (at least to me) any good results... 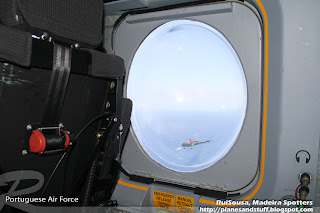 Anyway, during the flight some of the crew member from Sqn.751, took some shots for us with our cameras through the open doors that came out truly amazing.... 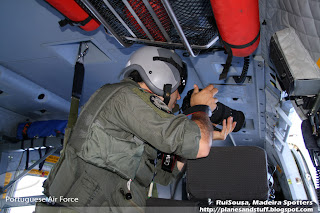 Later on, I'll share a few more of O.G. pics with my camera during the formation flight, for now, just this one that is one of the most amazing Air to Air pics I've seen...on arrival at Porto Santo 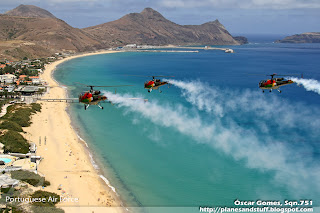 and now another taken through the window by me....notice the diferences?
Over AM3 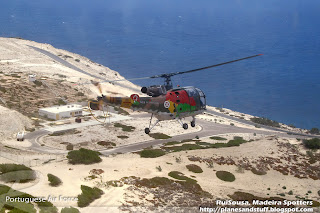 On arrival to Porto Santo, we hoovered for some time over AM3, the military instalations of Porto Santo Airport, so that the PoAF media, could get the arrival of the Rotores and then we had one of the most fantastic moments inside the EH....a nose down dive into the sea!!!!

Only had the time to instictively grab the seatbelt and looking upfront into the cockpit just saw the sea in front of me....WOW!

Pulling up with a hard left turn got us into the direction of the island again.... 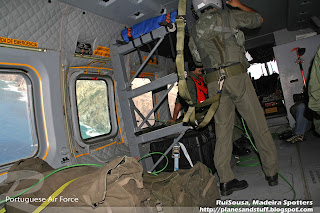 Another break to the left aligned us to the runway for final landing.... 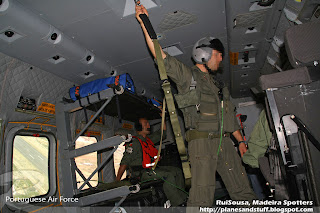 After arrival, the Rotores de Portugal prepared themselfes for a training demo on Porto Santo bay....
(some other day, I'll post pics on this....)
...after which was time to shield the helos inside the hangar, and call it a day.... 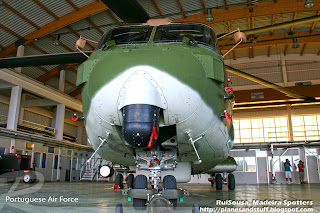 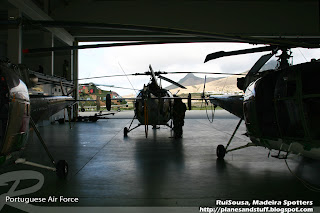