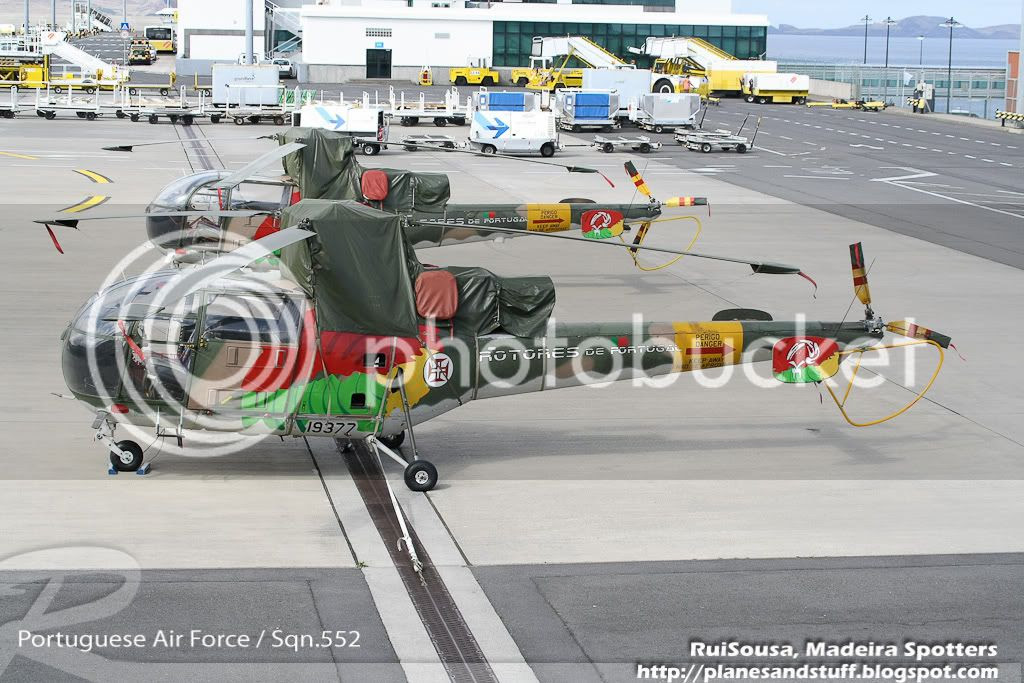 Like I already commented, these last days me and Jorge Abreu have been following the mounting of the Alouettes III of Portuguese Air Force Sqn.552.

You can check the reports I've made on that at Madeira Spotters page:
Part1
Part2

Yesterday, they made the first flight tests in 2 of the Alouettes.
I couldn't be there for the record but Jorge Abreu managed some neat shots on that.
Check his Web Album on that HERE

Today work kept going on the helicopters and by the end of the afternoon, they were ready to test another helicopter in flight.
When I got there, they were already preparing the helicopter for the flight, while on the back, the rest of the team was working on the last Al.III.

Check All the photos of this day at my photobucket Album. Click HERE. 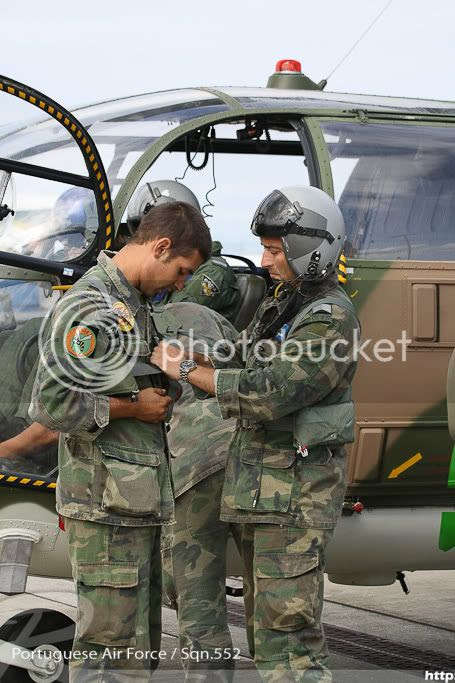 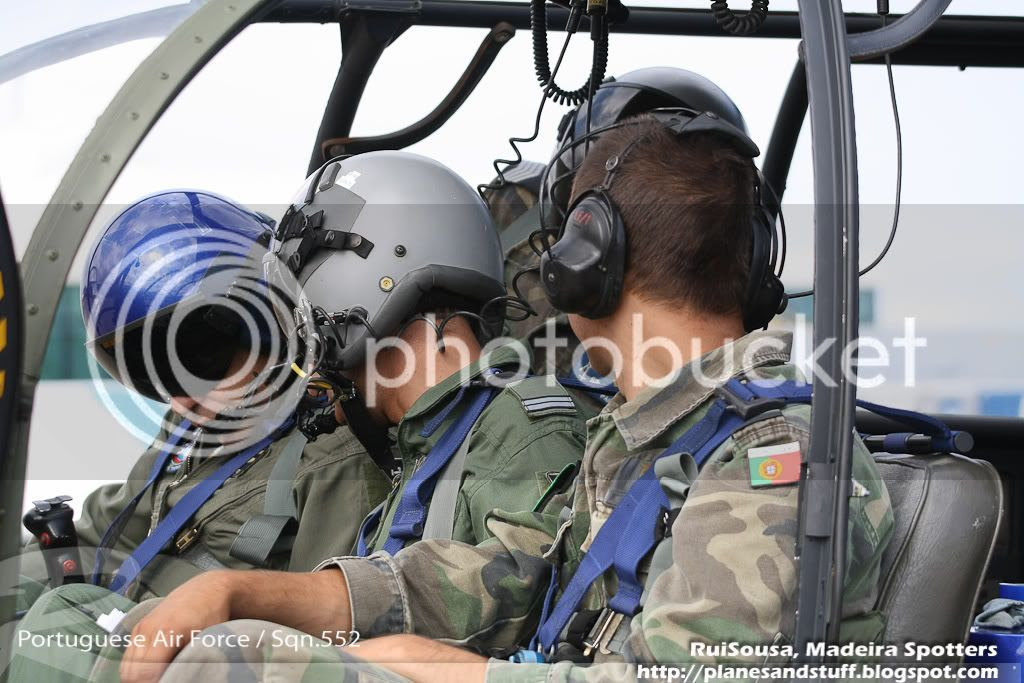 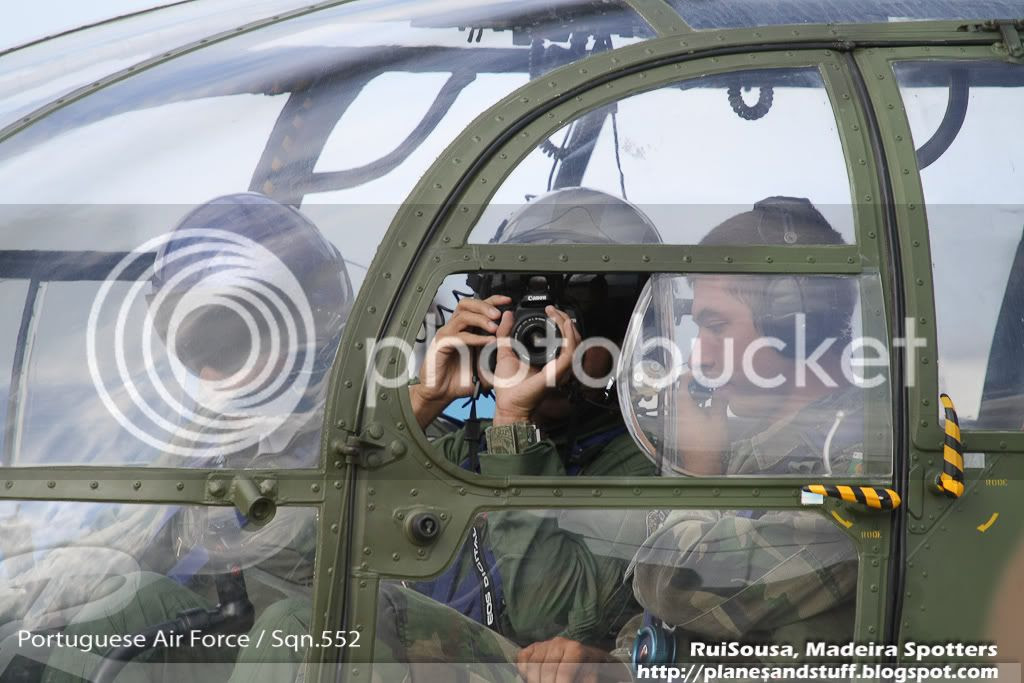 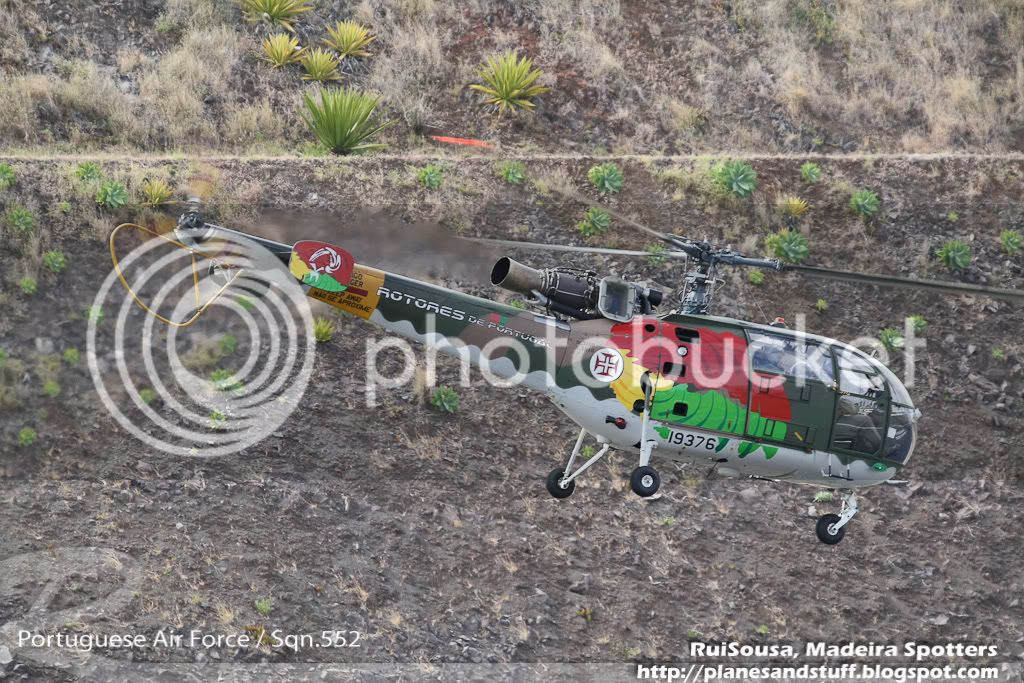 Once more, great to be with the guys of Sqn.552, thanks a lot for everything!
AL.III lpma PoAF PoAF 2010 Rotores de Portugal