fevereiro 02, 2010
Today had planned on going for the lunch traffic....a few Air Berlins, Primera and Eurocypria and with luck, the Easyjets take-offs...
Wake up with a really nasty weather, raining a lot and very very dark and cloudy....definitely not a good day for photo spotting....stayed at home...traffic wasn't landing at LPMA, anyway...(due to visibility).

During the morning got an email from Jetphotos. One of my recently uploaded photos was on Top4 of last 24Hours. It's allways nice when your photo gets that much visibility...

This one was taken about a year ago, after another pic from Rui Freitas, that showed a diferent angle.
Tryed some places and really enjoyed the result of this one.
The feeling I have, looking at it, is of a dive into runway 05. (actually it's pretty much a regular approach with some optical ilusions of size and height. The runway looks even smaller and the plane even higher. 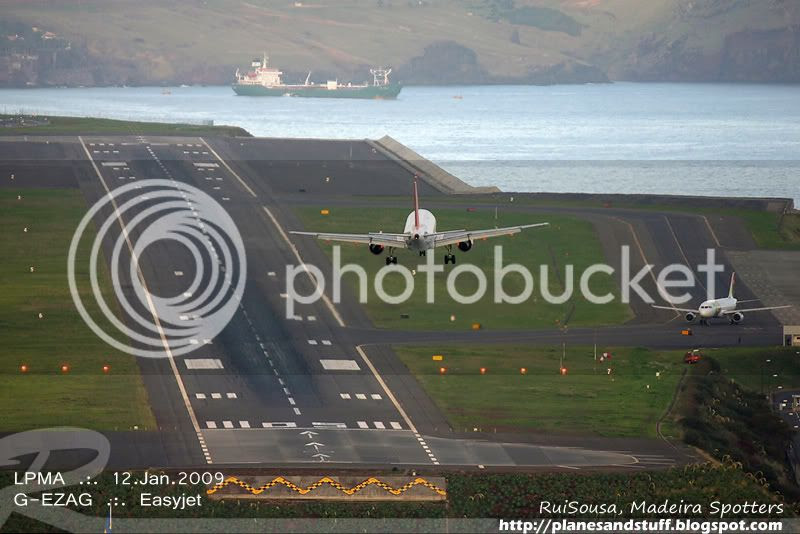