junho 04, 2010
Last Wednesday caught the PoAF Merlin on a quick-stop at Madeira, on its way to the Selvagens (Savage Islands).
The "Selvagens" are a small group of islands that belong to the Madeira Archipelago and are located around 250km south of Madeira, not far away (around 165km) from the Spanish Canary Islands.
It's a natural reservation since 1971 and quite disputed by the spanishes due to the Exclusive Economic Area that it adds to Portugal....

Anyway, back to the Merlin, one of the bad things of photographing helicopters is that you never know where it will land or take-off and although you are on the "right" area for shooting planes it doesn't mean that will do the same for helos...

In this case, I had luck, they made some fantastic approach/landing/take-off, right on the spot...a big thumbs up for the crew ;)

It arrived from Porto Santo into runway 05 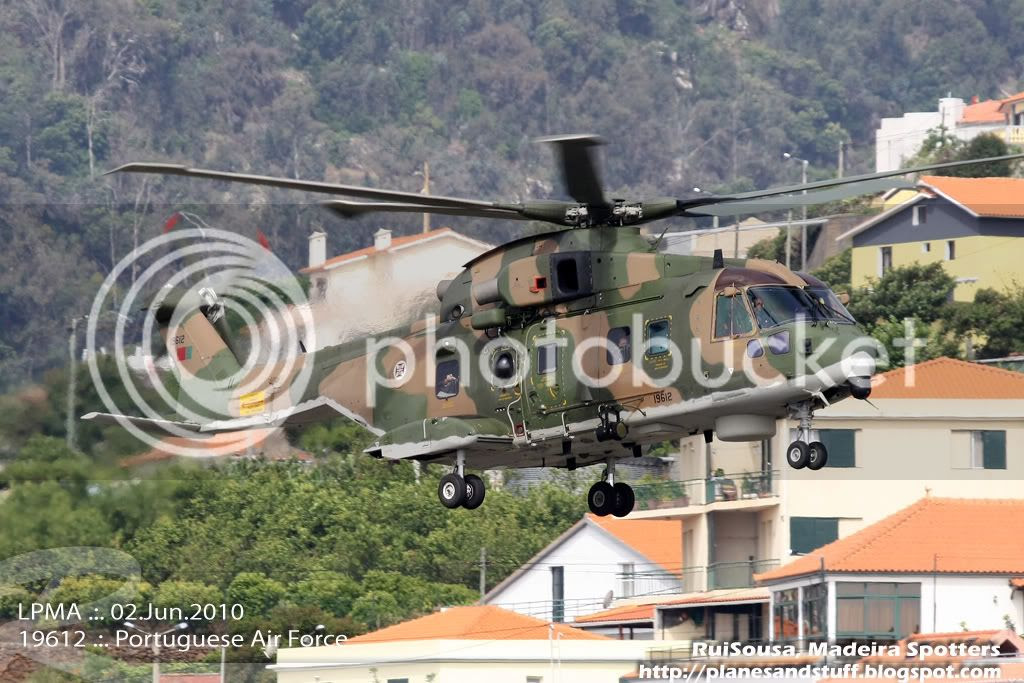 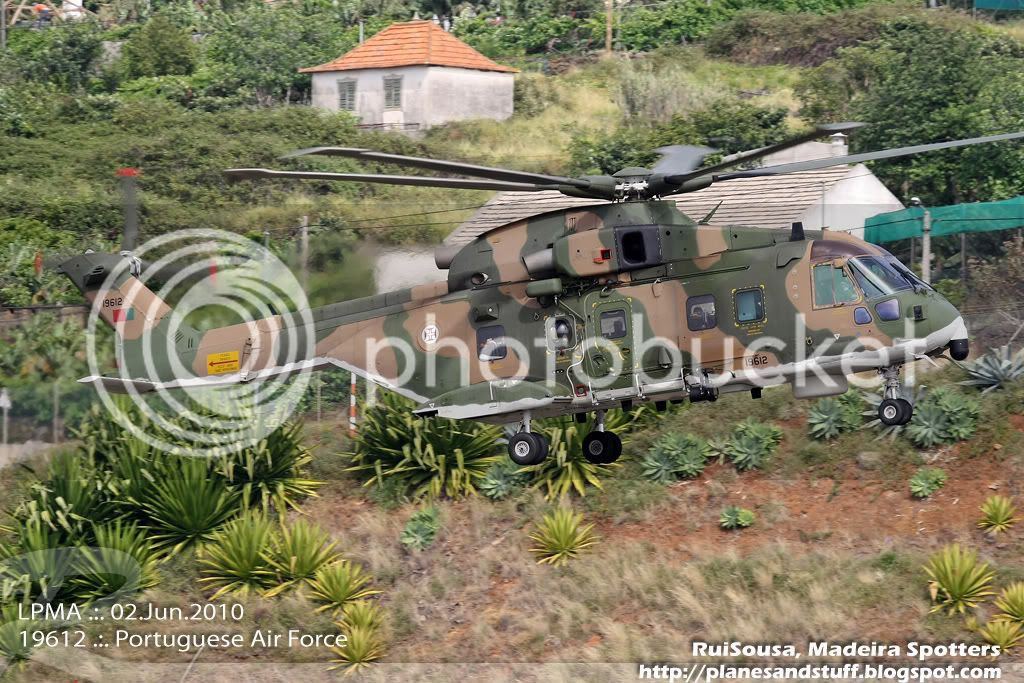 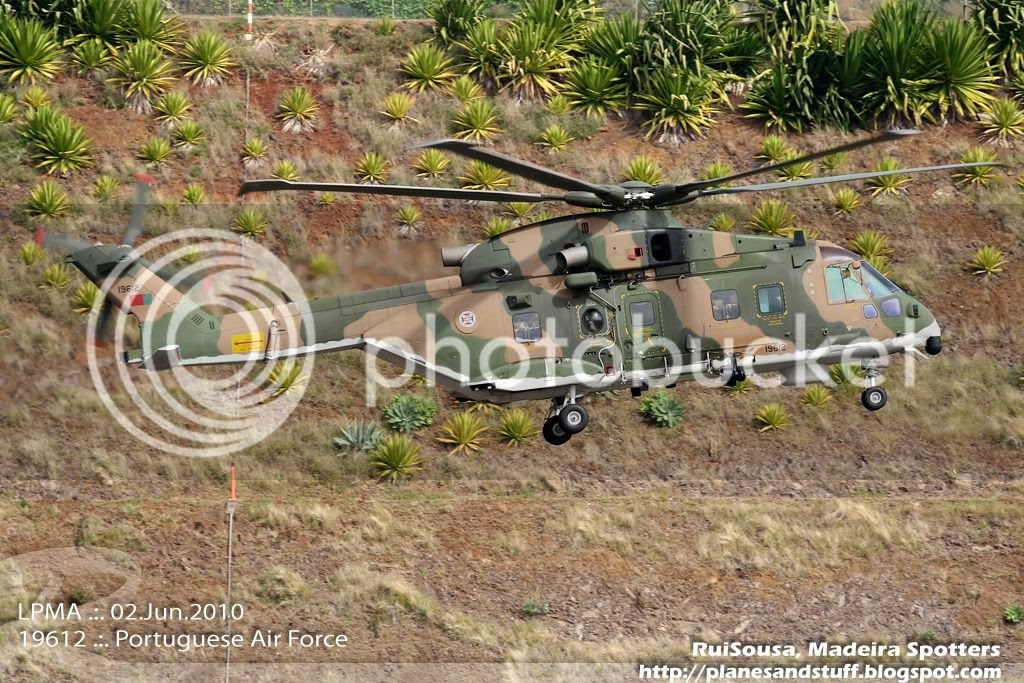 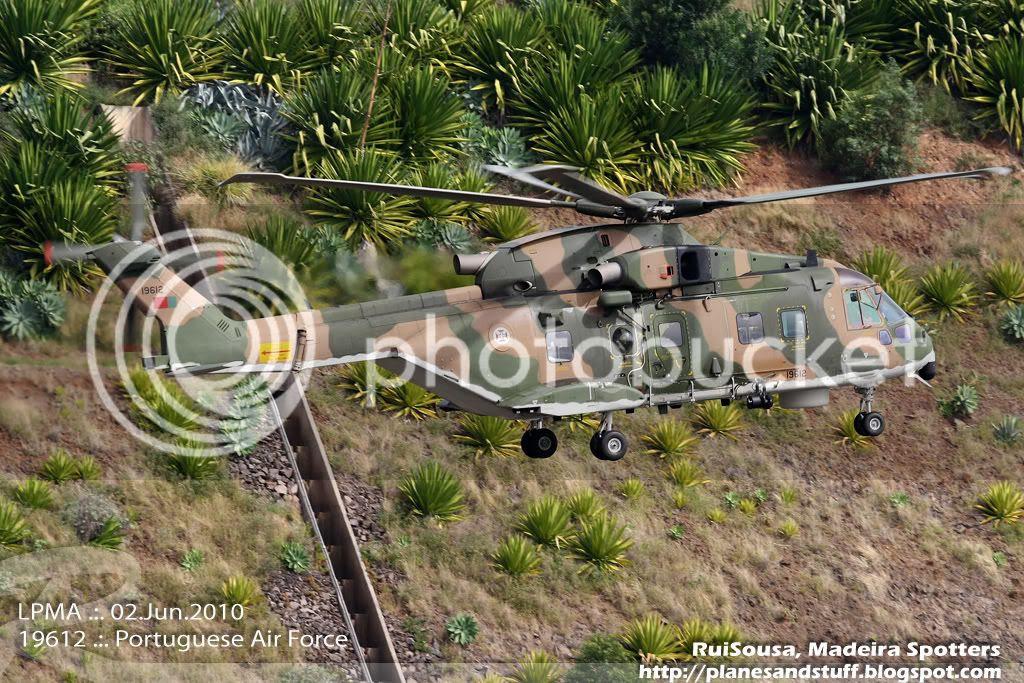 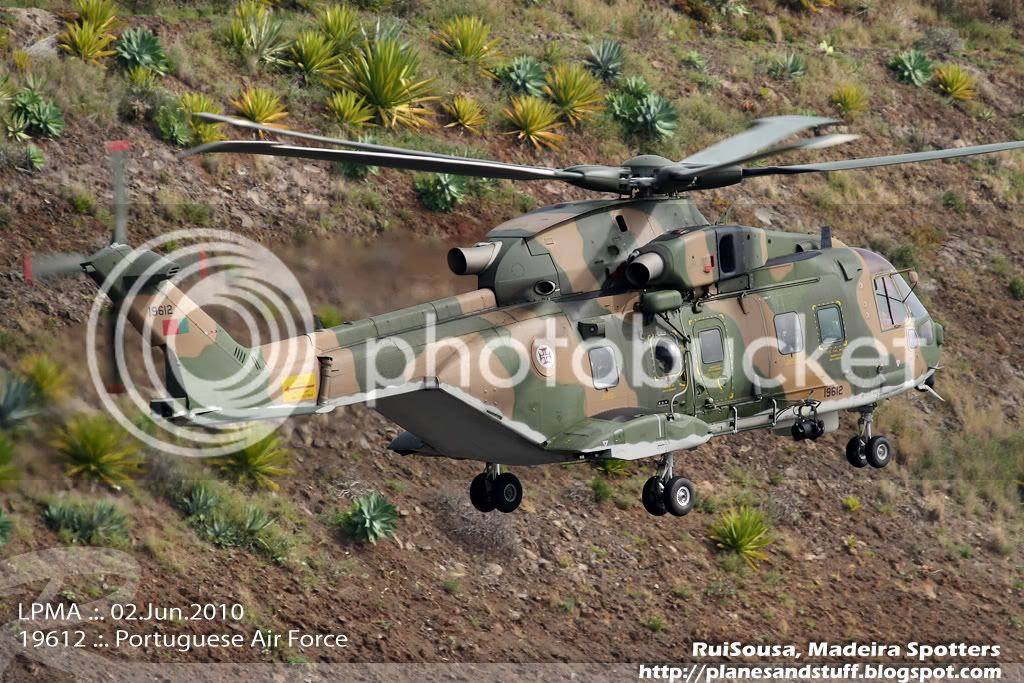 Taxiing into the apron... 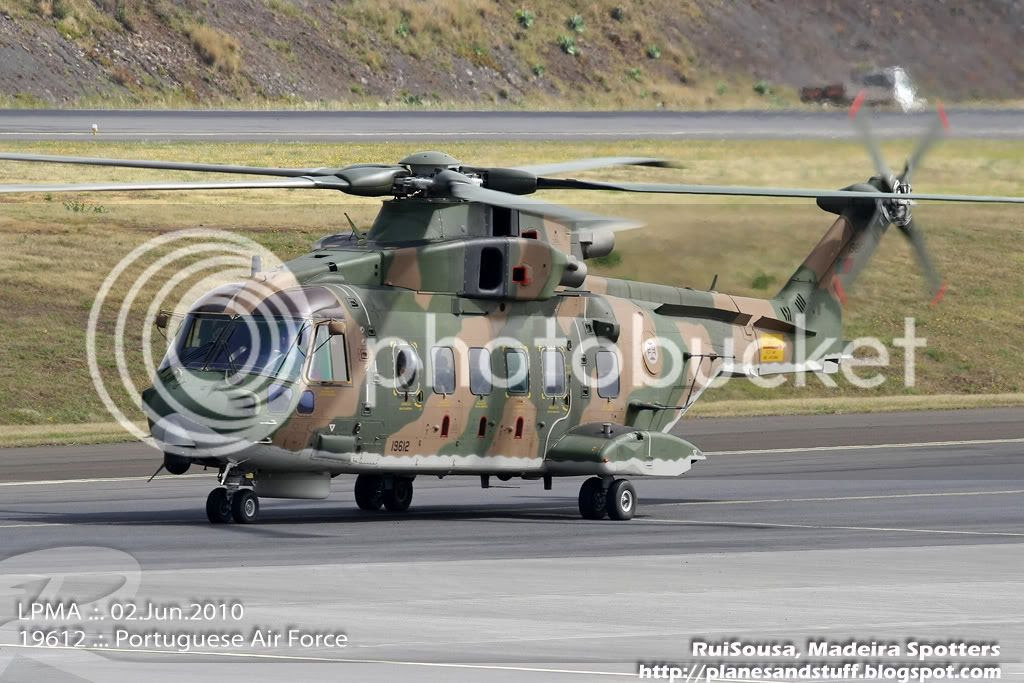 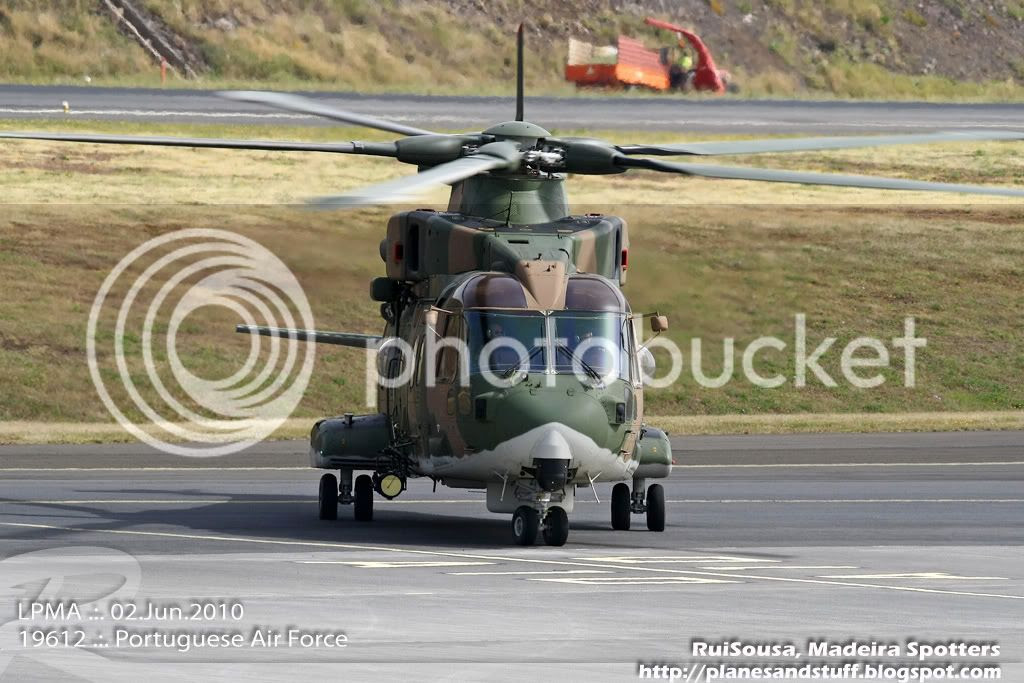 ....where they unloaded some youg passengers. (PoAF candidates returning home?) 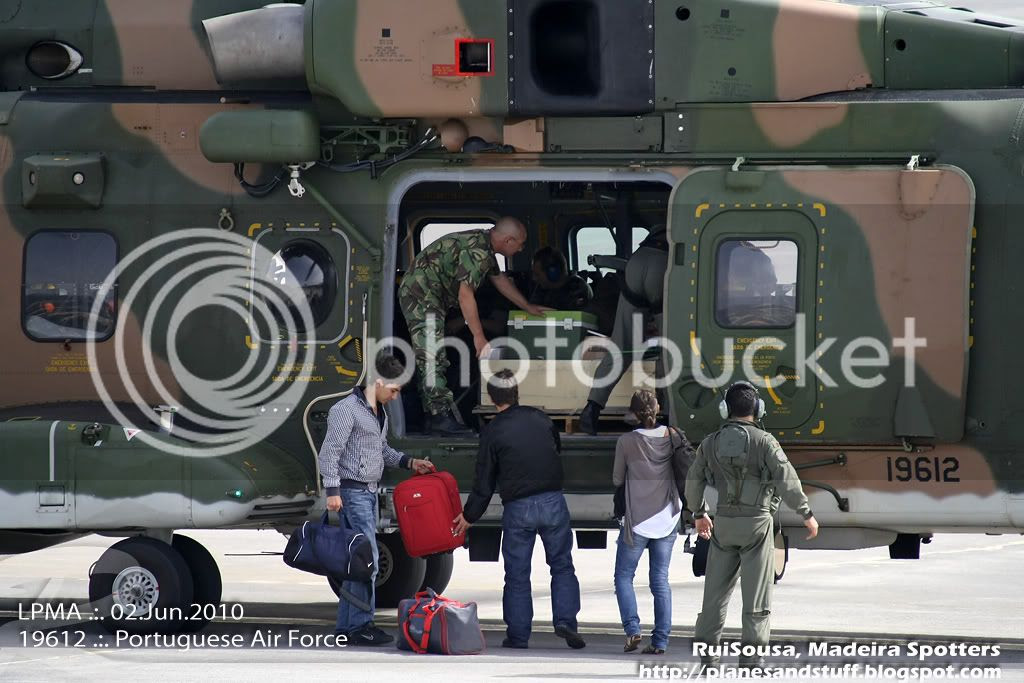 That side was backlight so, not many photos...Taxiing back to runway 05, into Charlie 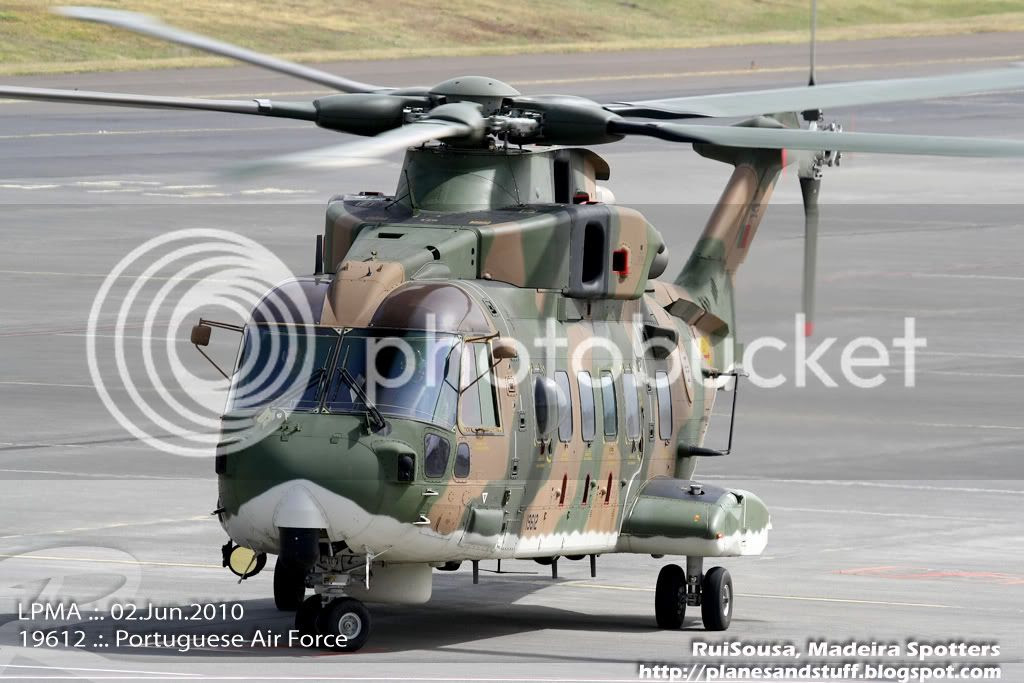 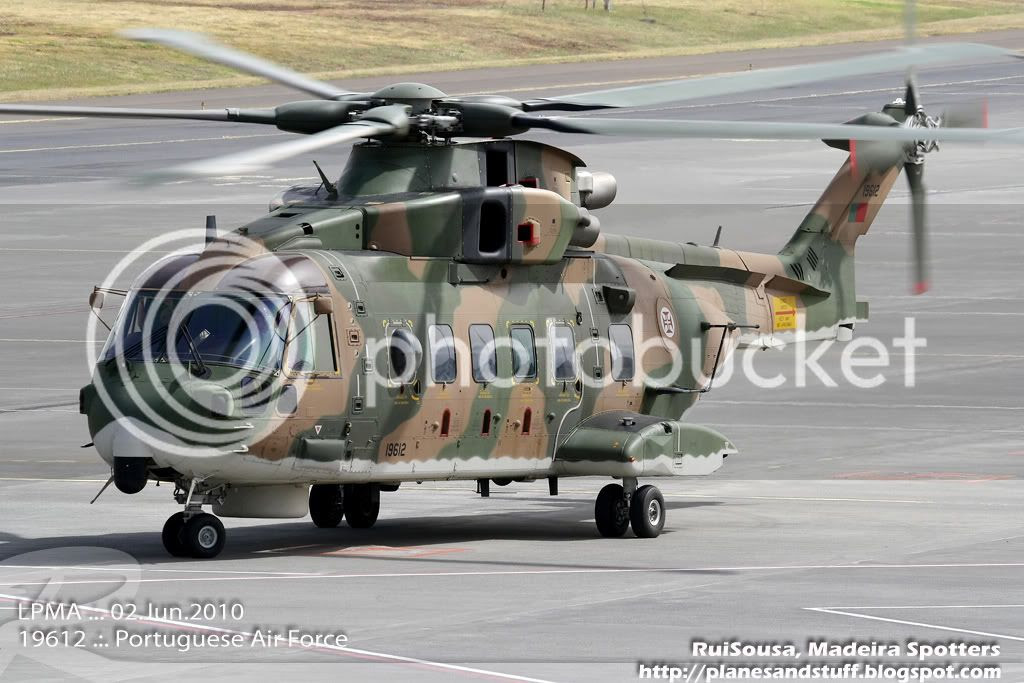 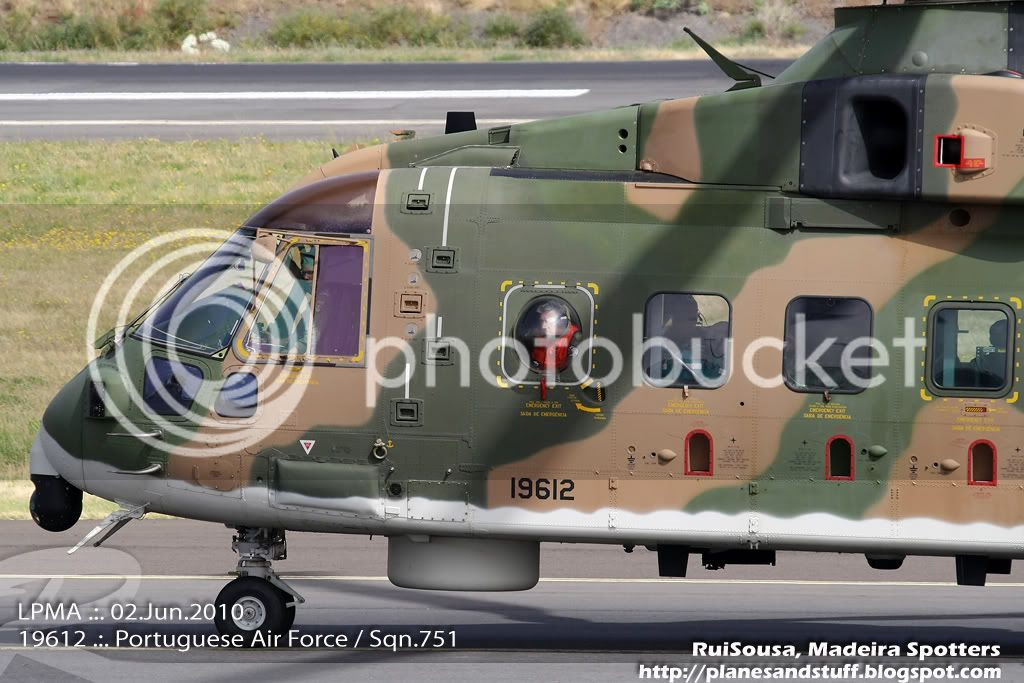 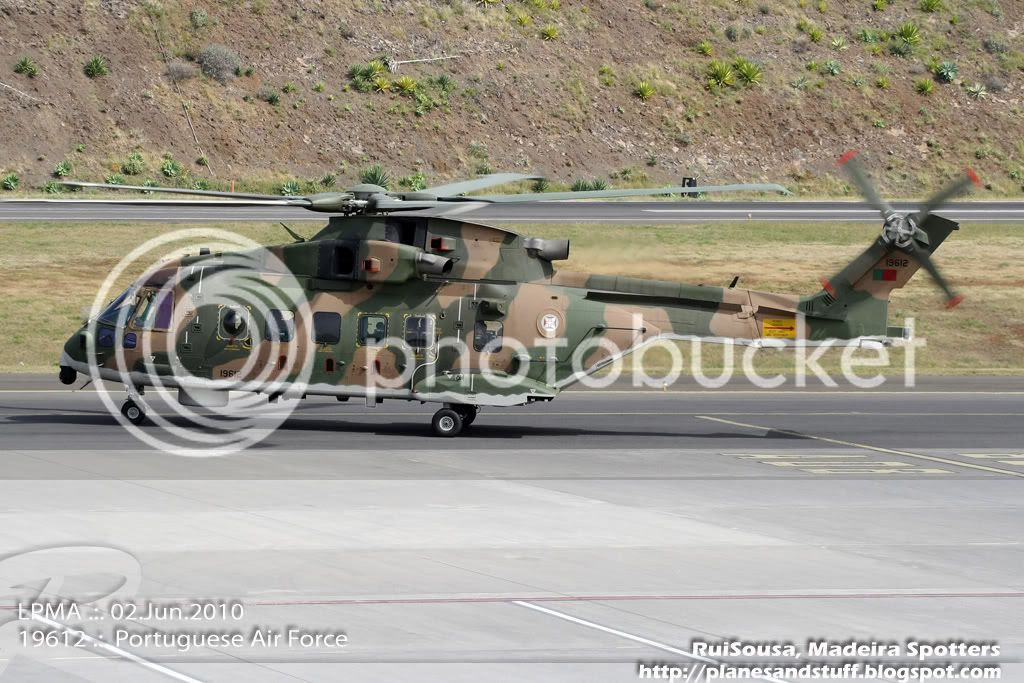 Holding for arriving traffic to clear the take-off path.... 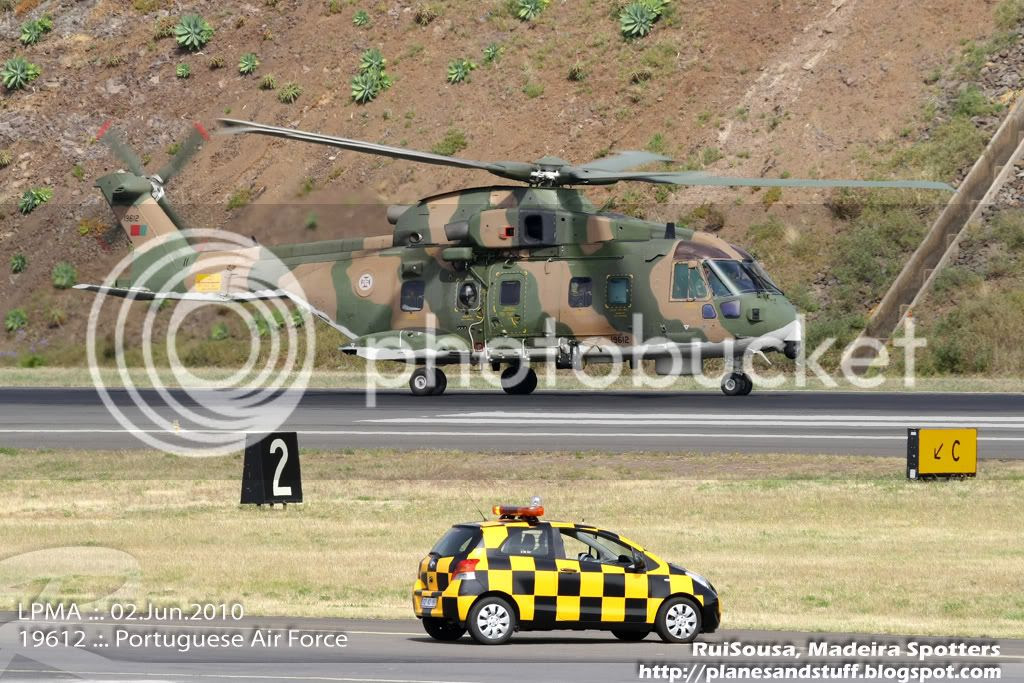 and off they went... 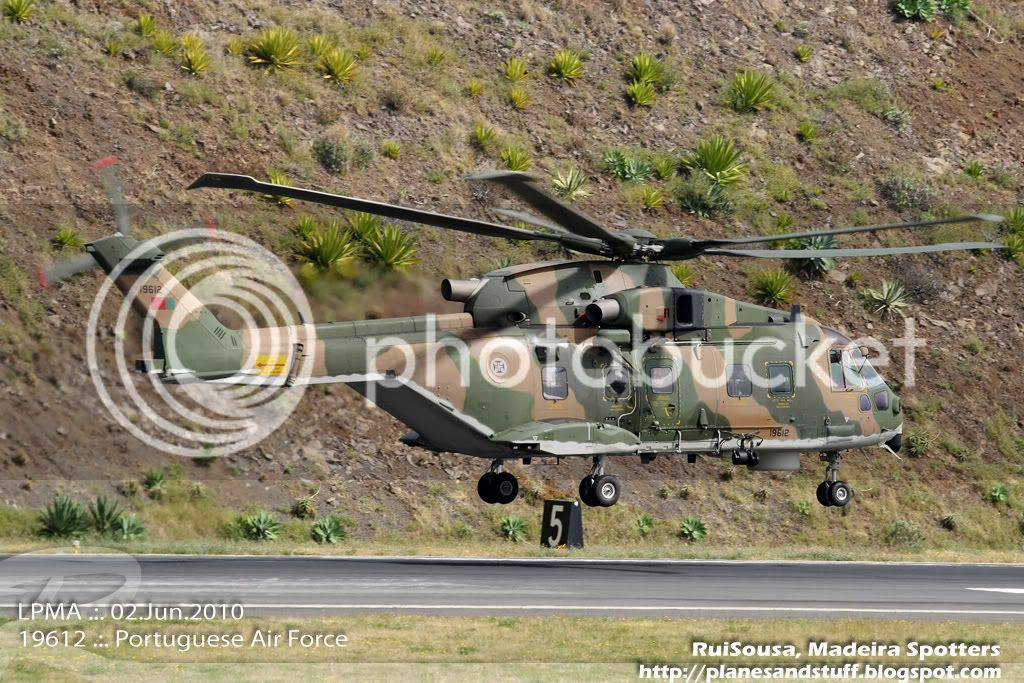 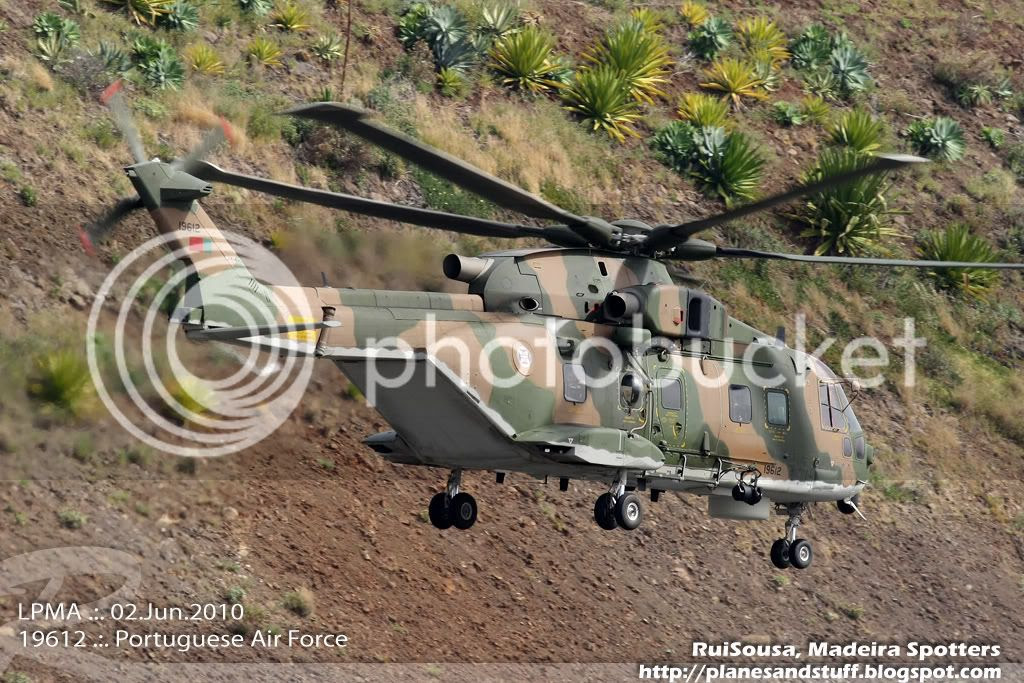