novembro 16, 2009
With the news of the first A380 for Air France, decided to share as this week's Photo of the Week a memorie of the first (and only) ocasion I saw the A380 live.

It was back in 2005, in the Paris Air Show at Le Bourget. Definitely the star of the Air Show, the teste plane was beeing seen for the first time on an Air Show.
We (Madeira Spotters) stayed really near the bird and what a sight...
(although I remembered thinking I was expecting something more "outstanding" when it was on the ground)

For now, only this pic, will share some others later altough made some really bad shots due to inexperiency... 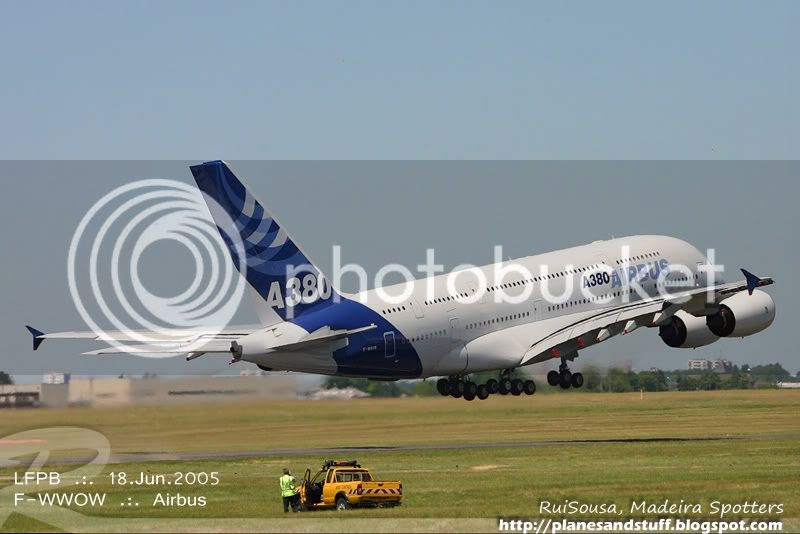