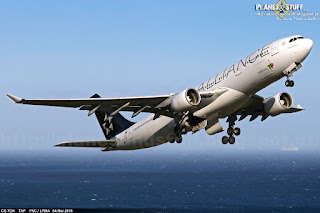 Will now be flown to storage in Spain (where probably will be scrapped...).

A few more shots on this plane, HERE