julho 12, 2010
Lately haven't been paying much atention to airliners at Madeira, but there's been some interesting traffic, like a Transavia flight made by KLM, the 100th Airbus at Easyjet, a few special liveries by Tuifly (including the Golden Haribo, that I haven't photographed yet) and probably others that I don't even know or remember...

Anyway, today was talking with a couple of guys about this and remembered that on one of the days of the PoAF Alouette III flight tests I "threw" a couple of shots to some Condor special livery without paying much attention to it... 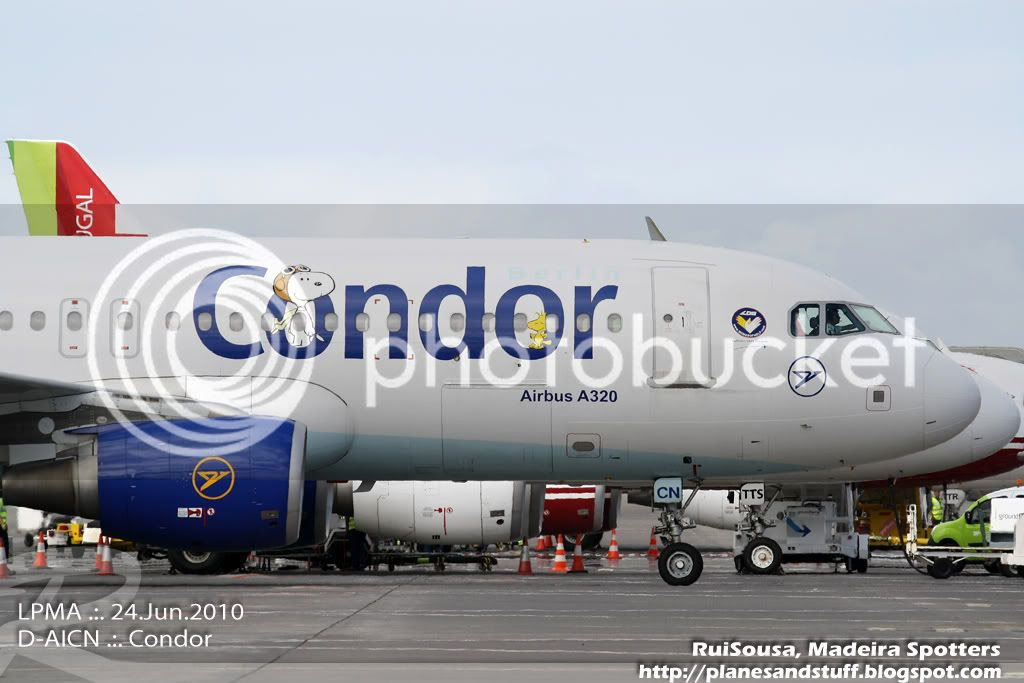